Europe…there’s no other place like it in the world! Its fabulous monuments reveal one layer of history after another, and its breathtaking natural scenery couldn’t be more diverse. From wild to elegant, its countries bring together a kaleidoscope of cultures, and its landscapes are as intriguing as its past.

They say that beauty lies in the eye of the beholder, so, naturally, many of you will disagree with my picks, in which case I invite you all to leave your thoughts in the comment section.

In the meantime, let’s have a look at Europe’s top 10 most beautiful countries:

Austria, the land of Mozart and waltz, is a medley of sparkling alpine lakes, majestic mountains, and elegant cities, with a rich cultural heritage and one of the highest living standards in the world. And while the capital steals the show with its imperial grandeur, world-class art, and alluring café culture, there’s much more to this small landlocked country than Vienna.

Fantastic skiing awaits in Innsbruck, Kitzbühel, and St Anton; dozens of fairy-tale castles dot the wonderful mountainous landscape; and twinkling blue lakes make for memorable outdoor pursuits. And then, of course, there’s the beautiful baroque city of Salzburg, set against a glorious backdrop and still immersing guests in the magic of The Sound of Music.

Home to the famous Eilean Donan Castle and one of Europe’s greatest wilderness areas, the Scottish Highlands are probably the country’s most evocative region, one characterized by an amazing history and even more amazing landscapes. The fabled Loch Ness and Scotland’s largest national park are also here, and so are epic battlefields, breathtaking beaches, and misty, magical mountains.

Equally spectacular, the Isle of Skye is famous for its astounding sea cliffs and dramatic Cuillin mountain range; Edinburgh celebrates its rich past with remarkable monuments, inspiring architecture, and a calendar chock-full of cultural festivals; and Glasgow pairs its vibrant music scene with world-class museums and Victorian splendor like no other city in Britain.

As if that wasn’t enough, the Outer Hebrides, a string of 200 islands in the far north west of Scotland, often appears on lists of the best places to visit in Europe, thanks to its dramatic landscapes, distinct culture, and white-sand beaches with clear turquoise waters that seem straight out of the Caribbean.

An insane mix of cultures and colors, sandy beaches and vibrant bazaars, whimsical mountains and marvelous ancient ruins – this is Turkey, a country you’ll never forget.

Here, at the crossroads of Asia and Europe, Roman theaters coexist with mosques and modern shopping malls, and some of the most important historic sites in the world share the landscape with eerie natural wonders such as the blue terraced pools of Pamukkale or the fairy chimneys of Cappadocia.

Brimming with art, culture, and history, Istanbul is one of the planet’s greatest cities, and the Turquoise Coast – with its fine sand beaches and stunning blue lagoons – is a paradise for sailors, swimmers, and sun worshippers. Locals are friendly, the food is to die for, and whatever type of vacation you’re looking for, possibilities are endless in Turkey.

Iceland’s blue bubbling geysers, rugged lava fields, and spectacular glaciers create a visual spectacle that seems out of this world. Natural splendor aside, the Land of Fire and Ice is also home to one of the world’s quirkiest nations, with warm, creative, and forward-thinking residents with a strong sense of national pride.

Don’t leave the country without taking a tour around the Golden Circle, marveling at the Northern Lights, or bathing in the famous Blue Lagoon, a gigantic geothermal spa on the south-west coast of Iceland.

Whether it’s the grandeur of its ancient sites, the sublime sunsets of Santorini, or the astonishing clifftop monasteries of Meteora, Greece leaves a long-lasting impression on its visitors.

Athens is teeming with remarkable ancient monuments; the country’s mountainous interior is dotted with charming, unspoilt villages and archaeological treasures that span four millennia; and the islands speckled in the surrounding seas vary from the culture-rich Dodecanese to the postcard-perfect Cyclades, with their cubic whitewashed villages and dramatic Aegean views.

Continue to Next Page (>) for the full Article 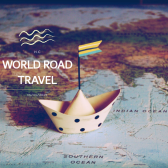